Working on behalf of Devon County Council, we have recently completed the replacement of Alma Bridge in Sidmouth. The finished footbridge, which has restored access between the Ham and the cliff path, has been warmly welcomed by the local residents who can once again enjoy a much shorter route between the town and the coastal walk way.

First built in 1855 using timbers from the stricken vessel, Laurel, the original bridge initially played a vital role carrying the railway line over the estuary of the River Sid. In 1900, architect R.W. Sampson was commissioned to design a structure to replace the wooden bridge and succeeded in creating an elegant and iconic Sidmouth landmark that would stand strong for well over 100 years.

Sadly, Sampson’s masterpiece was badly damaged during severe flooding in 2012, deemed as no longer safe to use and finally demolished in May 2020 as part of the replacement bridge project.

Works to build the new Alma Bridge began in August 2019. Firstly, we decided to construct a cofferdam using concrete legato blocks to protect the working area from the river and the sea. It was thought that the blocks would be the best solution to withstand the elements. We had also planned our tender submission using a 44 tonne temporary bridge spanning the river Sid from The Ham to the working area on the Eastern side. This meant that not only did we have safe continuous pedestrian access, we also had continuous access for plant and materials whilst avoiding the expense and unreliability of a crane in such conditions.

Due to the area being comprised of soft sedimentary rock, profiling works had to be carried out on the cliff face. After the vegetation was cleared, a rock wheel was used to shape the rock before soil nails were installed to increase its stability. To begin the building of the bridge itself, piles were drilled into both river banks to support the reinforced concrete beams which were laid down for the abutments to sit atop. Extensive formwork and concrete pouring works were then carried out on the Eastern side of the river to complete the abutment before it was all stone faced in ‘purbeck blue’ limestone to tie in with the existing river training wall. In July 2020, the bridge itself was lifted into place using a 200 tonne crane. Finishing touches were then added including a memorial to the original Alma Bridge. The bricks used for the memorial, situated on the viewing platform, were salvaged from Sampson’s original piers whilst the original copings and finials were also integrated to create a fitting commemorative monument to remember the structure that stood before the more contemporary one that now stands today.

The new bridge itself was designed by the Engineering Design Group. With its curved ‘rib’ parapet posts to give a nautical appearance; the limestone cladding selected purposefully to match the strata found on the Jurassic Coast; and the curved ends of the ramp structure to soften its emergence from the cliffs, we believe the design of the new bridge is well suited to the area. Due to its ramp structure, the new asset is accessible to everyone and its placement some 40m back from the original means that it will be more protected from the elements than the previous bridge.

The project did not come without its challenges. Inclement weather and numerous flood warnings meant that plant and equipment had to be regularly removed from the works area. The Coronavirus pandemic then hit in March 2020 and despite us working right through lockdown (adhering to social distancing guidelines), delays were caused by logistical issues with attaining materials, particularly the bridge itself.

Mac Plant Construction are delighted to have been successful in our bid to carry out this prestigious project and to have received such positive feedback from the local residents and authorities. Even with its challenges, the scheme came in on budget and with limited delay given the circumstances.

We are proud to have had the opportunity to provide the people of Sidmouth with this highly-anticipated and much needed Alma Bridge replacement and hope that they enjoy it for years to come.

‘I must give credit to Mac Plant, the main contractor, who worked tirelessly throughout the appalling winter weather to keep the contract on programme. The quality of workmanship is outstanding and the masonry on the east side, in particular, deserves special praise.’

A spokesperson from CECA Southwest 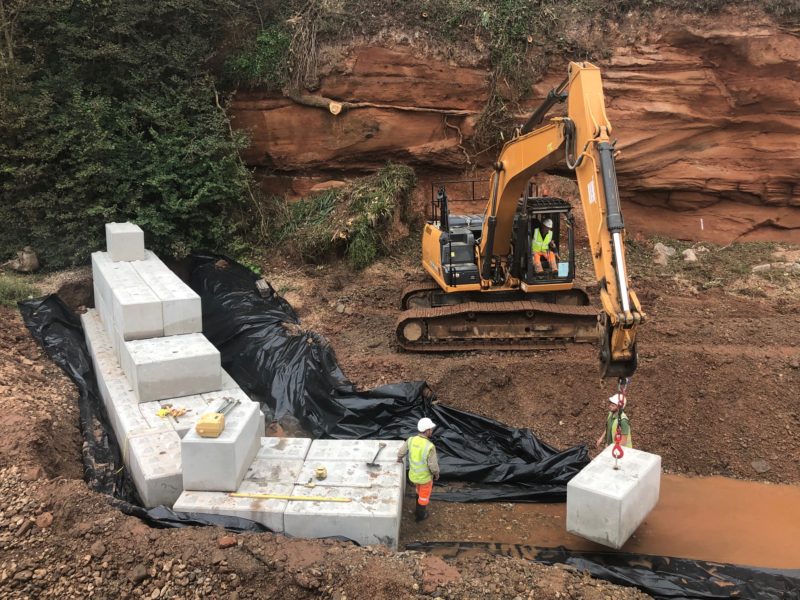 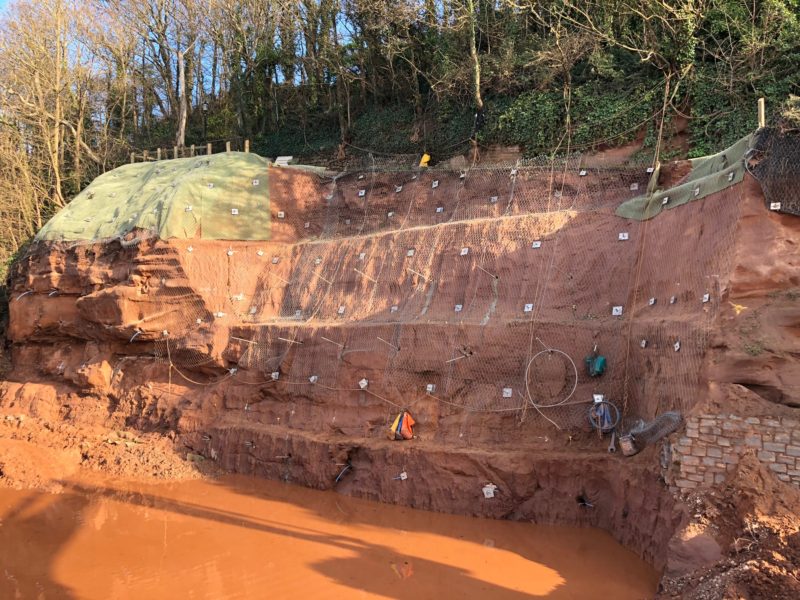 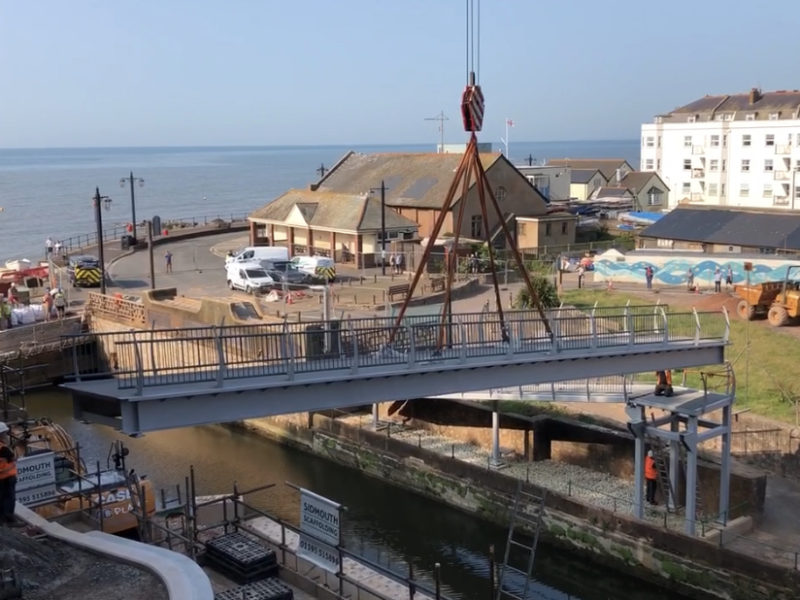 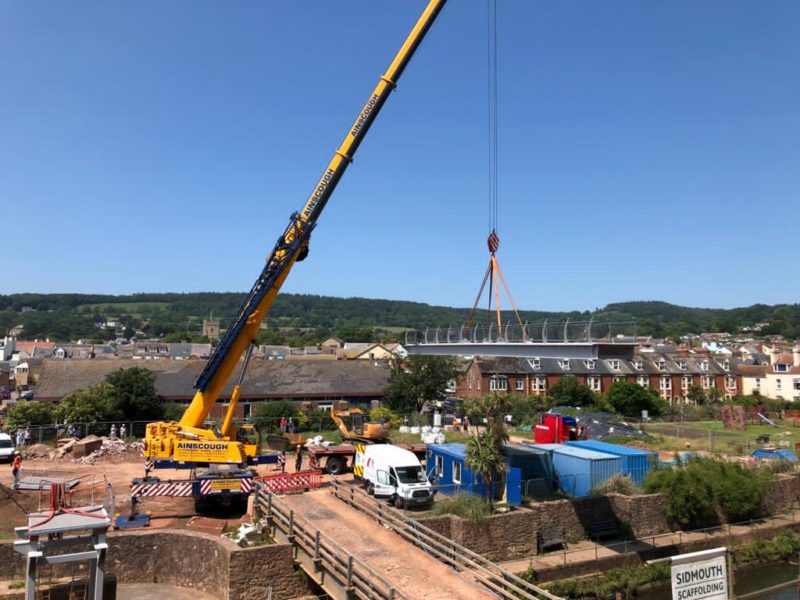 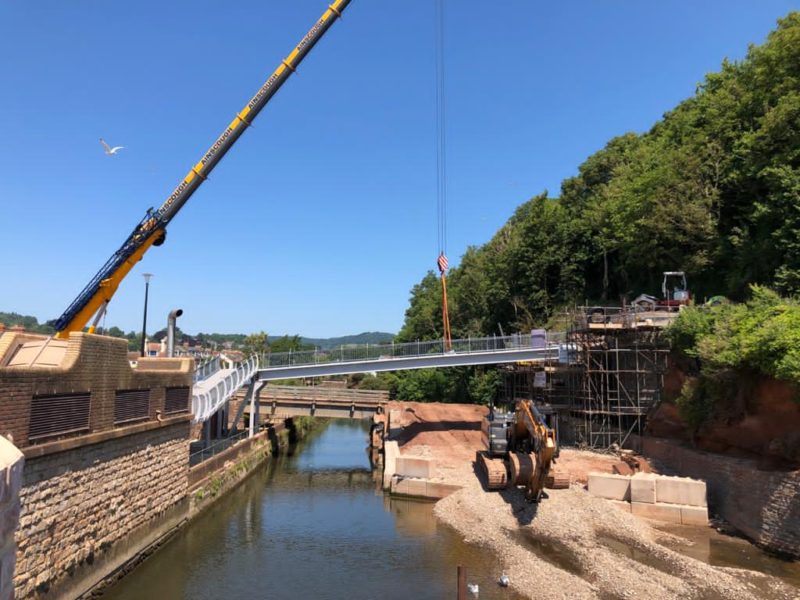 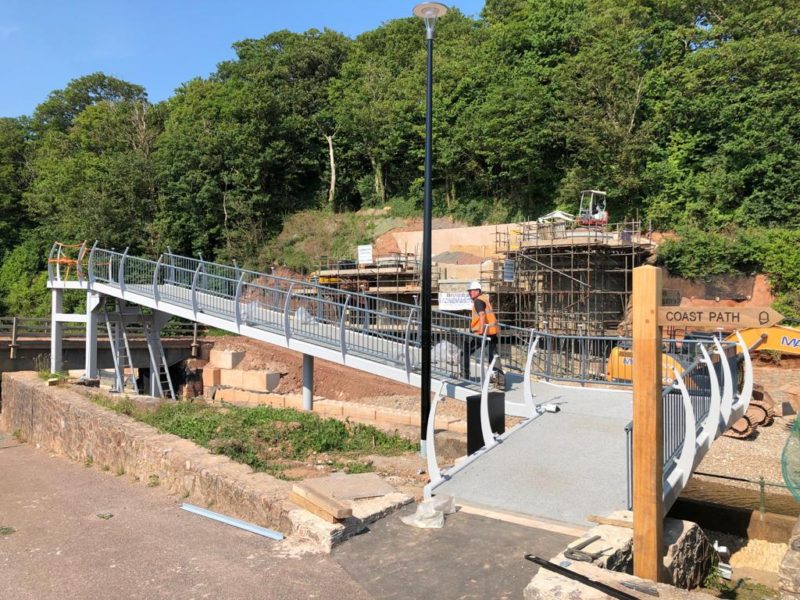 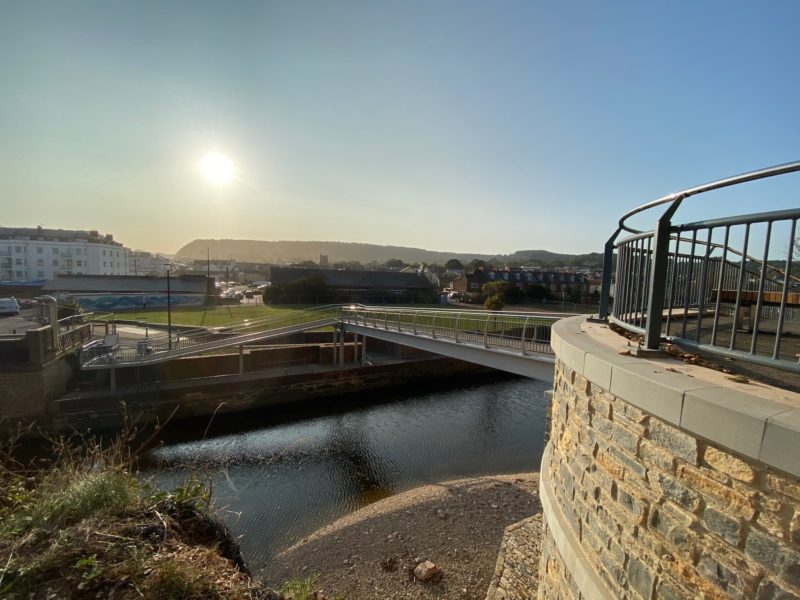 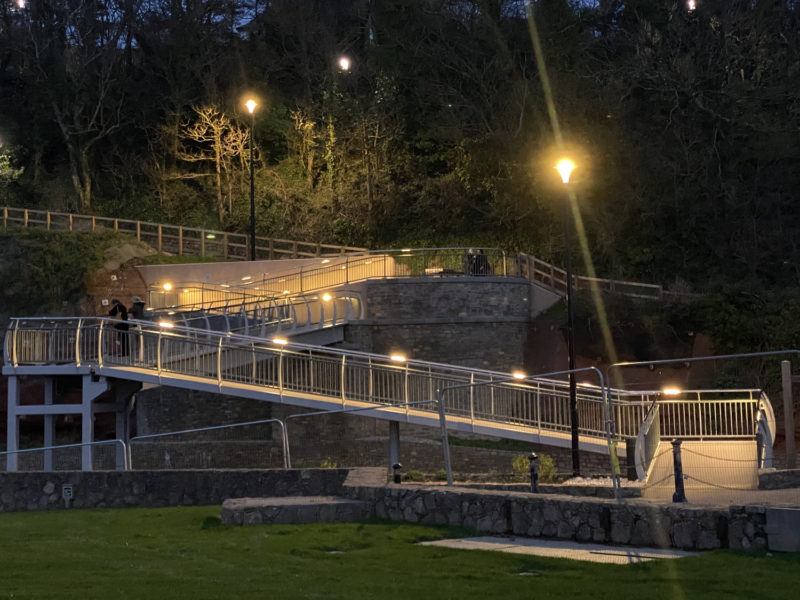 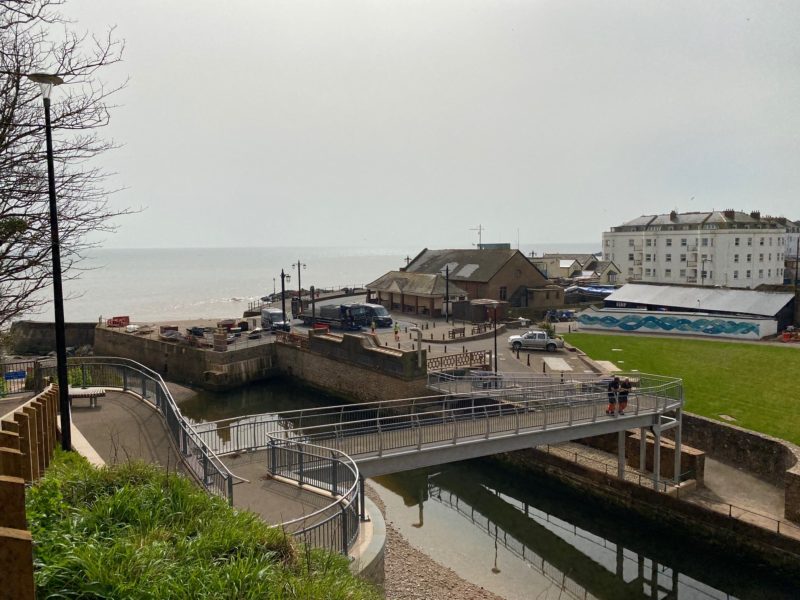 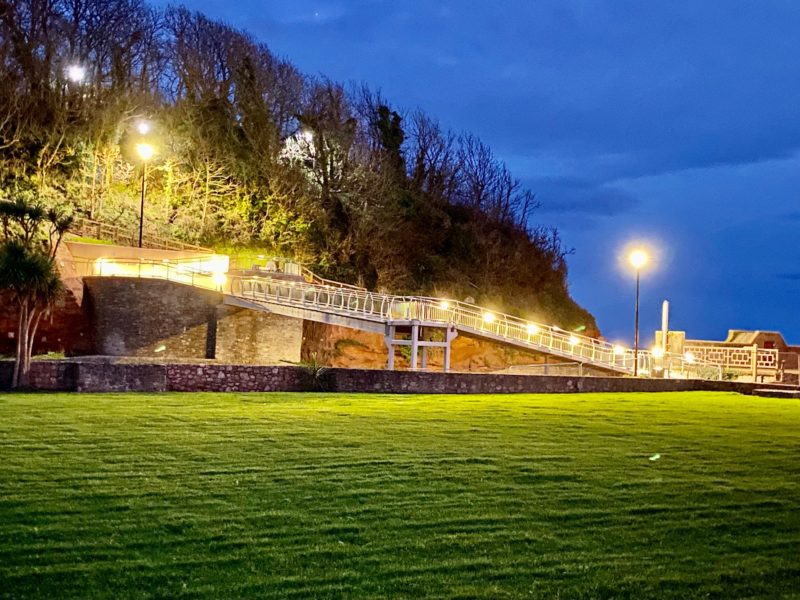 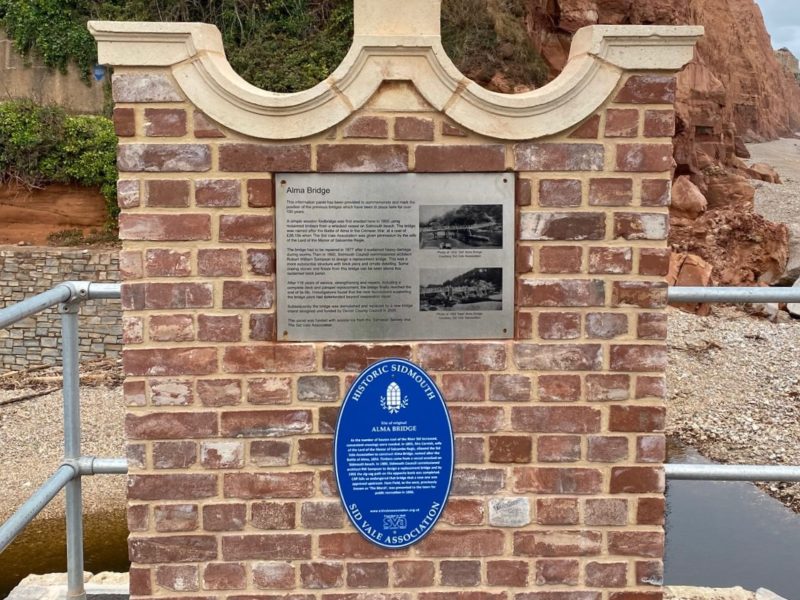 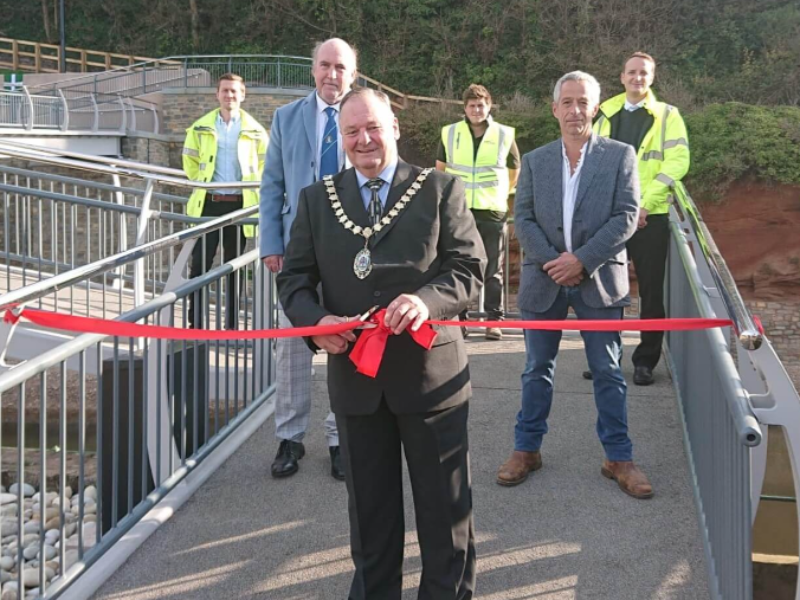