Mac Plant are a multi-disciplined civil engineering and surfacing company helping to deliver some of the vital infrastructure across the South West. We cover a broad scope of services across the civils sector and pride ourselves on the self delivery of quality workmanship delivered on time and on budget.

Working for both public and private sector clients, our clear thinking, high-quality delivery and passion for the work we undertake ensures our projects run smoothly from the initial planning stages, through to the settlement of final accounts. Being the close knit family run business that we are today also allows us to give a personal touch to each project we undertake and give unprecedented delivery. 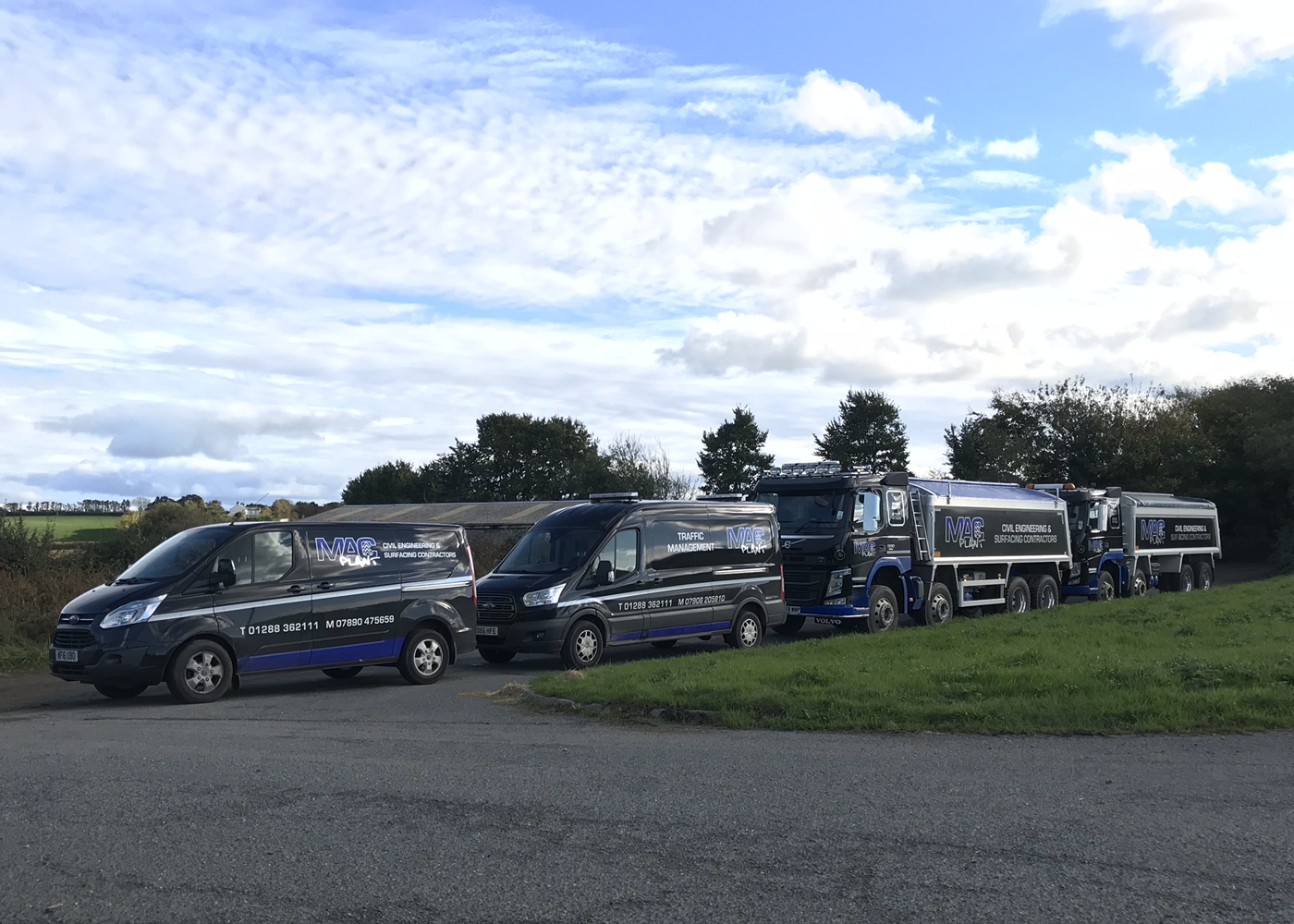 Grown from strength to strength

As the company grows our end goal will always remain the same: we pride ourselves on delivering quality workmanship, on time and on budget and accept nothing less than perfection.

Our history begins in 1969 when Alan McIntosh took the decision to purchase his own wheeled 180° excavator. Alan known as ‘Mac’ ran a dairy farm at Rexton Cross, Lifton and undertook the works with his digger as a part time venture. This was soon to change, with the work load ever increasing, Mac took on his very first employee. In 1976, Robert William Vincent had been made redundant from international plant hire company RMC and was a neighbour to Mac. Rob had been driving a wheeled excavator for RMC therefore he was the perfect candidate for the position. Rob took on the role and worked for many years undertaking a variety of schemes, mainly for the agricultural sector, undertaking drainage works, slurry and silage pits and mile upon mile of ditching, blissfully unaware that some years later he would go onto buy the company.

In the millennium year of 2000, Mac had decided it was time to follow new pastures and sold the company to Robert and Angela Vincent. In 2001 the business was under new ownership. Ryan William Vincent, Son of Robert and Angela, took a great interest in the business from a very young age and left school knowing exactly what career he wished to follow.

Over the last 18 years the business has grown from strength to strength, operating a vast range of its own plant and equipment self-delivering a variety of projects for both the public and private sectors. In 2018 we set up our own in-house traffic management division, operating our own fleet of traffic management equipment.